Getting Vitamins and Minerals From Food 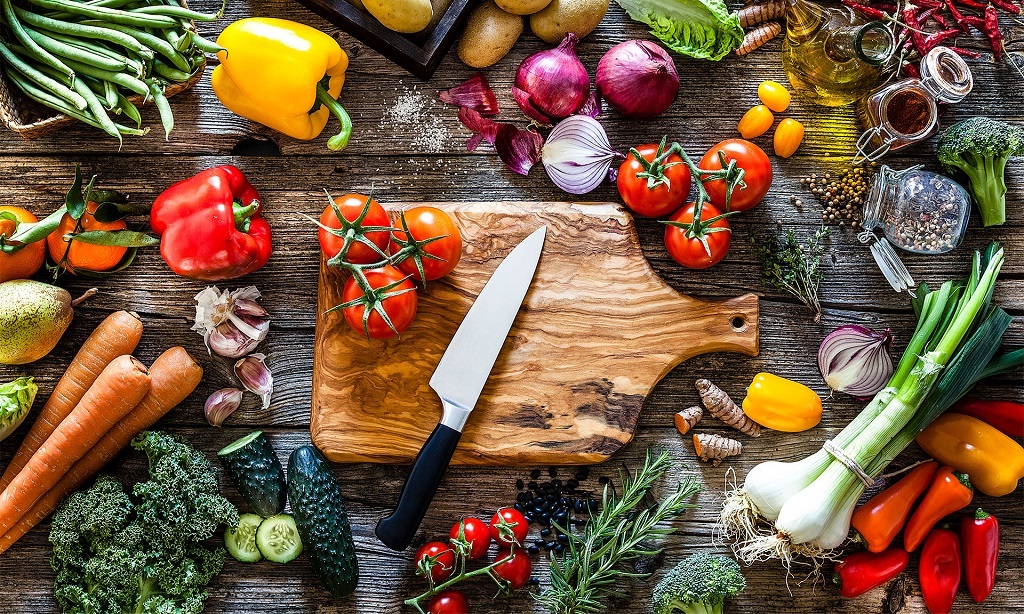 29 Nov Getting Vitamins and Minerals From Food

Posted at 10:57h in Recipe by Priscilla Dunn 0 Comments
0 Likes

Vitamins and minerals are essential micronutrients for life. And it is often believed that supplements of these substances can actually replace those naturally contained in food. But this is not the case. The Ministry of Health obliges the producers of these supplements to write on the package: “Supplements are not intended as a substitute for a varied and balanced diet and a healthy lifestyle”.

So, a pill cannot replace fruit and vegetables, milk, or other foods that naturally contain vitamins and minerals. But the advertisements that invade our homes even tell us that they can positively affect our health, avoid premature aging. , control stress, increase immunity. And so on. Let’s be clear. In the sixties, they were called “tonic” and were prescribed by the family doctor to elderly patients or people debilitated by long illnesses. Today, however, vitamin and mineral supplements are products widely used at all ages for many prevention and health problems.

Peoples fear more than anything else to get sick and grow old, in fact. Despite the economic crisis of recent years, the market for “health” products has registered a rapid increase. Data from the survey “The Italian food supplement supply chain” carried out by the study center show that in 2017 sales increased by 7.3% compared to the previous year and 1 in 3 People also uses supplements regularly, including :

The athlete who wants to reduce fatigue or enhance lean mass and performance;

The most used supplements are:

The consumer of supplements is distributed evenly throughout the national territory and within the various age groups; He has a good predisposition to healthy lifestyles and in fact chooses supplements to maintain. Or improve his psycho-physical well-being, even more than he really needs. She has a medium-high level of education and is predominantly female, in particular. Those who buy and use products based on vitamins and mineral salts have a higher socio-cultural profile. Buy these products especially in pharmacies and hers is mainly a choice of well-being.

What are the supplements?

Food supplements are defined by the Ministry of Health as “food products intended to supplement the common diet” and the purchase does not require a medical prescription. They can be purchased in pharmacies or drugstores, supermarkets, herbalists, on the internet and, consequently, consumed in the quantity that the buyer deems appropriate. They constitute a concentrated source of substances such as vitamins and minerals, chemically similar to or extracted from food, ie nutrients that in nature, that is, taken with the food together with many other molecules, have a known nutritional effect.

Supplements are neither medicines nor food, they are composed of one or more substances, often in much higher quantities than is recommended by the LARN (Reference Intake Levels of Nutrients and Energy for the Italian population) and therefore considered by many to be more effective than the food itself. This belief though it is not supported by scientific evidence, i.e. clinical studies that have shown beneficial action on humans.

The concept of integrating comes close to the idea of ​​completeness, of a possible panacea to ensure our health. There is a common misconception that the food we eat is not able to meet the daily needs of nutrients and therefore these must be supplemented. In reality, a correct diet varied and balanced in macro and micronutrients. It is able to meet every request of our body. Sometimes the supplement becomes the alibi to escape from our bad habits, such as a wrong diet, the harmful effects of smoking, a sedentary lifestyle.

The concept of supplement, in itself, refers to a deficiency; but our society is on average overnourished, just think of the prevalence of obesity and overweight, therefore real nutritional deficiencies in the general population are unlikely, except for the possibility that a diet that is always the same deprives the body of some vitamins or minerals present only in some foods that we don’t eat.

This is the case of vegans who, by not eating foods of animal origin. These are often deficient in vitamin B12 or iron. The scientific evidence that we know to date indicates that in the majority of cases the consumption of supplements, in general, is improper, useless, and in some cases harmful.

Can supplements be dangerous?

Supplements are almost always perceived as having no side effects. Also because, unlike drugs, they do not need any medical prescription. However, it is not always true that they have no direct or side effects. The prestigious scientific journal Jama (Journal of the American Medical Association) published an American study on antioxidants that caused a sensation show, not without some surprise. That vitamins A, E, and beta-carotene can even slightly increase mortality. Recently another article, also on Jama, also focused on the use of vitamin and mineral supplements.

It is important to understand that supplements, when “self-prescribed” on the basis of hearsay or looking on the internet. It can be consumed at incorrect dosages and methods and are not without risks. Furthermore, there is a lot of difference between taking a substance from food, when it acts in synergy with other macronutrients and/or microelements contained in the food and taking it isolated in a supplement.

The effect cannot be the same. Even if integration does not cause damage, it is often useless and in this case, the damage is economic. Other aspects not to be underestimated are the possible interaction with other drugs. And particular attention during pregnancy and in pediatric age. Naturally, they can never replace traditional treatments (e.g. chemotherapy and tumors).

Can supplements be really useful?

The scientific evidence in favor of the use of supplements is limited to a few pathologies, states of nutritional deficiency. Or increased physiological need in which the integration of some substances can be useful:

Elderly people are the subjects most at risk of nutritional deficiencies: they often eat little, because alone or due to lack of financial resources, they may have problems with malabsorption, difficulty chewing or swallowing, spend a lot of time at home, and are not exposed to sunlight. Naturally, in all these cases it is possible to detect the real deficiency. And the real need for integration with simple blood chemistry tests. There are other supplements, in addition to the cases mentioned, which can be of help for particular therapies, but only the treating physician, or the specialist. It is able to know and prescribe the type of integration, methods, and duration.

In any case, vitamin and mineral supplements can never replace foods. In particular fruit and vegetables that we should eat at least 5 times a day and milk and derivatives such as Grana Padano PDO. This cheese is naturally rich in vitamin A. Those of group B (including B12), minerals such as calcium which is essential for bones and highly bioavailable compared to what is found in vegetables. And also antioxidants such as zinc and selenium. as well as high biological value proteins with essential amino acids.