Why is Dungeness Crab So Expensive in San Francisco? 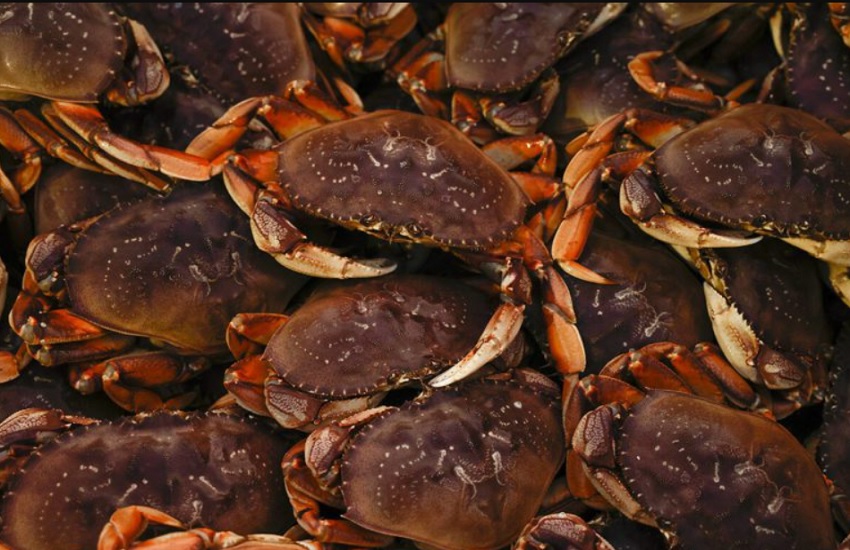 21 May Why is Dungeness Crab So Expensive in San Francisco?

Posted at 04:40h in Lifestyle by Priscilla Dunn 0 Comments
0 Likes

This native West Coast crab has contributed to the reputation of some seafood institutions in San Francisco. Some of the best restaurants for dungeness crab in San Francisco and the bay area are Swan Oyster Depot, at Polk Street, and Scoma’s, located on the wharf, which serves excellent fresh crab dishes. Scoma has its fish receiving station, where its catch is transferred directly from the boat to the pot. In the Sunset District, several seafood institutions, including Thanh Long and Crustacean, are all known for their roasted crab and garlicky Asian noodles. What makes Dungeness Crab costly? Read more about it on this article.

Getting a taste of fresh Dungeness crab is a real treat. During commercial crab season, you can buy them off of Pier 47, where they are being sold for $10 a pound. If you can’t wait until crab season starts to find a store in your area, you can always check out Facebook and Instagram for updates on local crab markets. If you can’t find a store near you, consider buying crab in bulk from the wholesalers.

Besides being a seasonal treat, Dungeness crab has become a favorite among San Francisco restaurant-goers. The popularity of this crab extends beyond seafood restaurants, as you’ll find that people eating at other restaurants will also order it. But if you aren’t a native to the Bay Area, you might not realize that there is a specific fishing season for this type of crab.

The sustainable future of the Dungeness crab fishery is at stake, not only for the crab fishers but also for the whales. Whale migration patterns have been altered due to the crabbing industry, and many entangled whales have been identified. Worse, the season was delayed until December 2020 because of a price dispute, and the fishers opted not to go out to sea.

According to recent research, while 65 percent of fish consumed in the United States is imported, only one-third of the local harvest gets processed abroad. The Dungeness crab you buy at Safeway can be caught in Alaska, shipped to Southeast Asia, or frozen and sold at Safeway. But the sustainability of Dungeness crab in San Francisco lies in the unique qualities of local fishing.

It’s the time of year when Bay Area fishers are out fishing for Dungeness crab. But the crab season is delayed in California, and the state’s Department of Fish and Wildlife has ordered a closure of the commercial season for April 8 because two whales have become entangled in the fishing gear. The DFW asks fishers to be vigilant and call in if they see a whale caught in the trap. And in the case of a stranded whale, the Coast Guard is ready to deploy a disentanglement response team.

Crab season in San Francisco begins on December 29. Though the traditional November 15 was pushed back due to concern about the impact of crabbing on whales, the wintry December 29 date is still an unfavorable time to harvest the seafood. In addition, a pandemic and a warehouse fire at Pier 45 have added to the difficulties for the industry. The recent calamity also has cast doubt on the future of this iconic industry.

In San Francisco restaurants, Dungeness crab is a staple menu item. However, its popularity extends far beyond seafood restaurants. It is not unusual to see people ordering the crab at other restaurants. But not everyone knows why these crabs are so expensive. Those who don’t live in the Bay Area may not understand why this delicious seafood is so expensive. It is not because the crab is unavailable during the winter.

Crabs from the Pacific Ocean are abundant and highly sought after. The crabs can fetch as much as a quarter of a lobster. While this is a common question, many people wonder why the crabs are so expensive in San Francisco restaurants. One of the main reasons is the limited supply. There were fewer crabs to catch this season, and the boats had to be delayed for several months. In addition, the Pier 45 fire destroyed all of the crab-catching equipment, which led to a shortage in supply.

Crab fishing gear is essential for catching this prized delicacy. Although it is illegal to snag them inside San Francisco Bay, there are many ways to catch them. Some locations have designated areas for crabbing, such as Baker Beach and China Beach. You can buy the right equipment for crabbing at local fishing supply stores. Before going out to sea, be sure your equipment is permitted. If you’re taking children, teach them about crabs before going to the bay. They’ll have to figure out what species they’ve caught.

Before fishing  you must have the proper equipment for catching Dungeness crab in San Francisco. For example, you need crab traps that are heavy enough to hold the crab. If you are fishing in San Francisco Bay, you need heavy-weight round pots that weigh around ten to twenty pounds. These are ideal for the Pacific Ocean, as they’re heavier than collapsible traps. You’ll also need measurement tools, as crabs smaller than that will be confiscated.